How to Perform the Perfect Plumbing Job

No Chemicals: How to Clear a Blocked Drain Manually

If your drains have become blocked, you may be considering the options available to unblock them. One popular option is to pour chemicals down the drain to break down the blockage. However, these chemicals are highly corrosive and highly toxic which means they can have an adverse impact on the environment. You can avoid using harsh chemicals by unblocking your drain using a manual technique. Below is a guide to what you need to do to unblock a drain.

Assess the layout of your drainage system

Each drain within your home consist of a section of vertical section of pipe called the stack, which connects to a section of horizontal pipe, which transports wastewater away from your home and into the local sewer system. Before you begin trying to locate the blockage, you should make sure that you have a good idea of the layout of the drainage pipes within your home.

Once you have established the layout of the pipes, it is time to locate the blockage. Blockages will often occur in sections of the drain which curve, such as those located beneath a bath, shower or sink. If this is the case, it is very easy to identify the section of pipe which is blocked. You can easily test the pipes by turning on the water supply and watching which drains begin to back up. If more than one drain beings to back up or if it is not immediately clear which area of the pipe is blocked, you may have to call in a professional plumber.

Once you have identified which section of pipe is blocked, you should take the following actions:

1) Isolate the water supply by turning off the stopcock. If you do not do this, you may floor your home when you remove the blockage.

2) Carefully unscrew the blocked section of pipe from the plumbing system.

3) Inspect that pipe and remove any dirt or debris which has built up inside it.

5) Turn on the water and allow it to run into the drain. If the drain is clear, the water will flow as normal. If the drain still appears blocked, it may be time to call in a plumber.

If you would like further advice about how to clear a blocked drain, you should contact a professional plumbing service today. 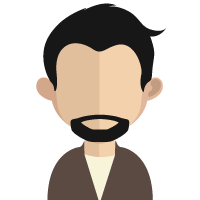 Hello! My name is Andy and if you are anything like me, you won't be that good at DIY. Do not fear, I have some great advice to share with you which will make your next plumbing job easier. It all started when I tried to repair a dripping tap in my bathroom. I don't know what happened, but water ended up spraying everywhere. I was drenched and very unhappy. I called an emergency plumber who came around to my home immediately. He fixed the problem and then proceeded to give me some great home plumbing tips. Since then, I have been reading DIY plumbing books. Enjoy!